A friend of mine asked if I could make a Grumman Tracker for his father who was a former crew cheif. I can't see why I wouldn't be able to do something up for him. The Canadian Forces has a Tracker on display at the Shearwater Air Museum. That is great news for this build since the museum is a 15 minute walk from my house, I can see the actual airplane I am trying to recreate. 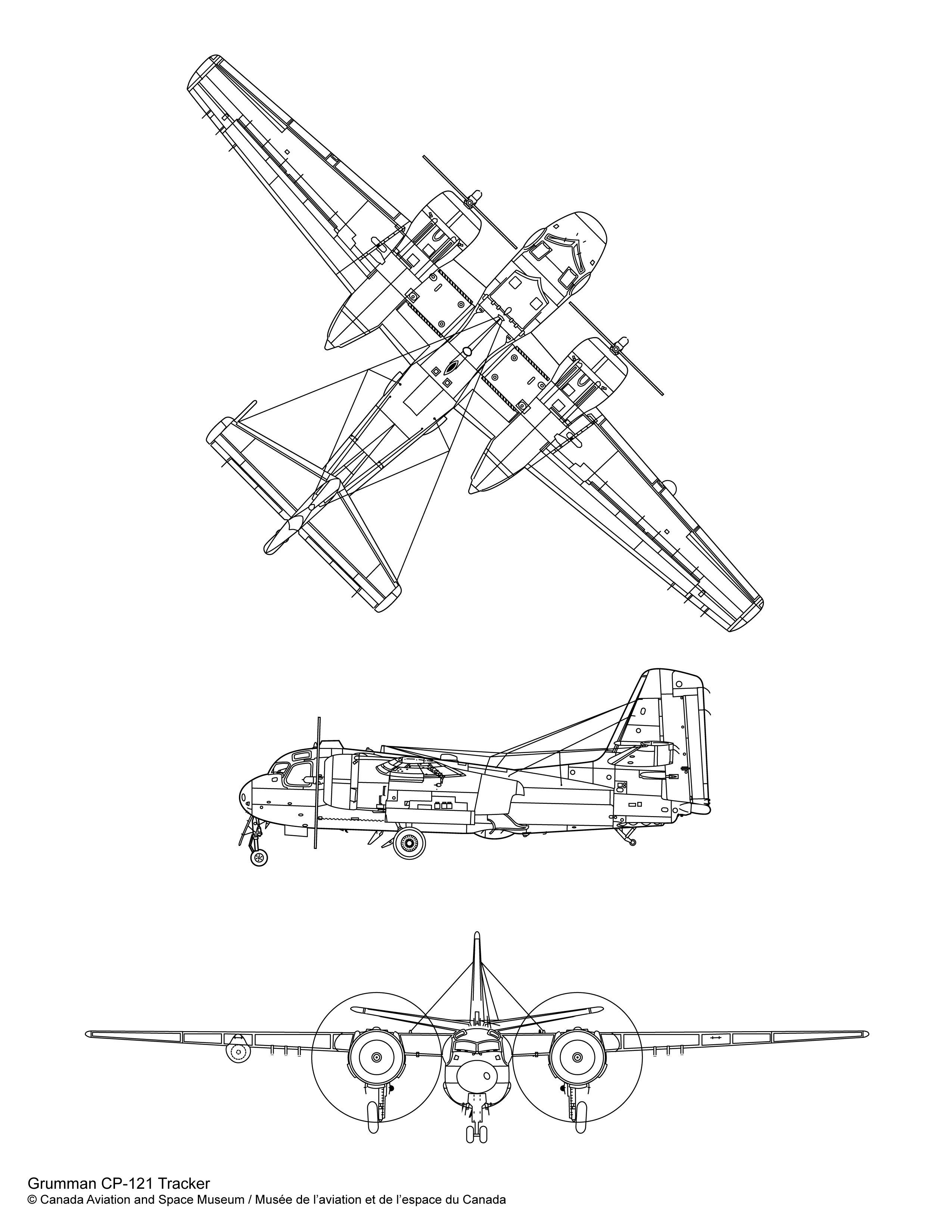 I found a pretty good diagram at https://ingeniumcanada.org/

1. I first cut out multiple layers of Coroplast® that I will stack to make the fuselage. Wider areas of the aircraft will get more layers
2. At first I thought the folding wings would be a problem. By turning the sheet slightly one swipe of the knife makes the perfect folding wing
3. The layers of the fuselage together making the basic shape

4. The engine / landing gear combination was tricky. There are so many different angles and shapes to combine. I had no choice but to make it in multiple pieces.
5. There they are assembled. There is a notch cut out to fit around the wing. I filled in the gaps by using the glue gun like a 3D printer. Adding multiple layers until it is the shape I need
6. Fuselage, wing (with light), horizontal stabilizers, engines and landing gear are all together. It is time for some assembly

7. Here it is assembled. A few finishing touches and it will be ready for paint
8. Painted and mounted on a stand
9. It turned out better than I thought it would

10. - 12. Different angles of the completed aircraft


Please check out our other sites - HalifaxSportsPhotos.caTippinators.comCoroplastCreations.com 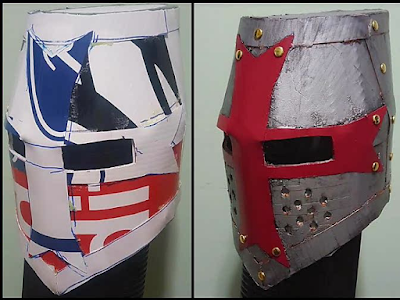 Here is my first attempt at creating something from Coroplast®. I made a suit of chain mail armour for Halloween. I also made a chainmail coif but still the costume was lacking something. While I was off for a couple of months due to the Covid19 lockdown I decided to try to make a helmet from an old Coroplast® sign from work. This is how I make the helmets -  How to Make a Cosplay Crusader / Templar Helmet After a couple of weeks of swearing, cutting my hands with a box cutter, and burning my fingerprints off with a hot glue gun, I came up with this. Knights Templar DYI Helmet The final result turned out pretty good... for a first attempt. I learn from my mistakes, so I know I can do better. Cosplay Knights Templar Please check out our other sites - HalifaxSportsPhotos.ca Tippinators.com CoroplastCreations.com

I received a couple of inquiries about exactly how I make my cosplay Knights Templar / Crusader / Great Helm helmet out of old discarded Coroplast® real estate or election signs. Since it was raining this weekend I figured I would make one and photograph the process. If you read through these instructions and have any specific questions please let me know. This is intended to be a rough guide on how to make a Templar Helmet from old plastic. The measurements shown are the ones I used for this build. You will have to adjust things for your project. Keep in mind that I figure this stuff out as I go, and kind of wing it. In the back of my mind I know things that are too long, or short, or crooked, can always be cleaned up/fixed later. If not then I can always start again. Remember you are creating something cool out of other people's trash.... Have fun with it. T 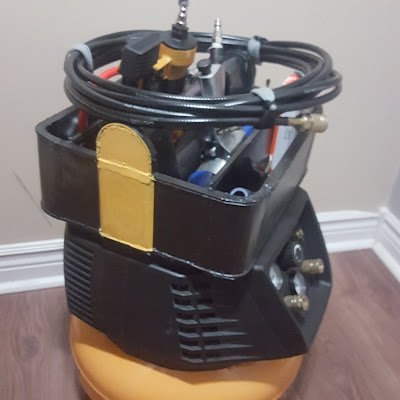 I decided to try to make something useful for a change. I was sick of always looking for attachments and parts when using my compressor. I came up with a caddy that locks into place over the handle.  I carries al my tools and is out of the way. Caddy sits on top of the compressor, out of the way, while in use. Out of the way but all the tools on hand - Good thinking huh? When the job is done everything can be taken to the shed in one trip I rounded off the corners and painted the caddy the same colours as the compressor Please check out our other sites - HalifaxSportsPhotos.ca Tippinators.com CoroplastCreations.com Let me know if you have any ques